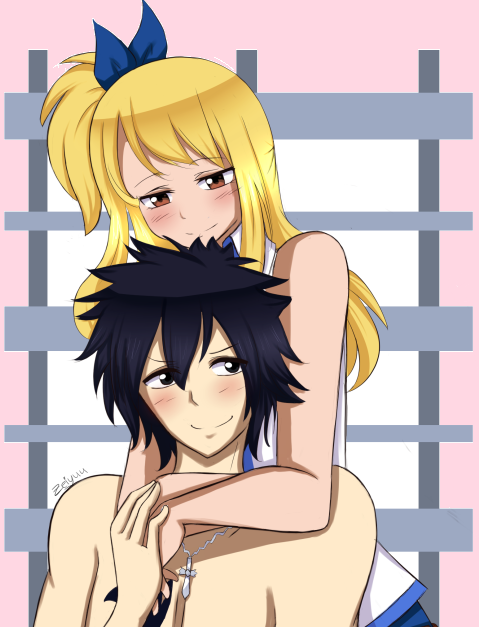 The relieved smile that crossed Lucy's lips made Levy's heart soar and she realized how much pain Lucy must be in to have been so down at the thought of bringing such news to Natsu. She could empathize, she couldn't imagine saying the same thing to Gajeel, although he would likely act like he couldn't be bothered… Even as these thoughts ran through her head, Cancer stepped back with a satisfied snip of his scissors.

Lucy's hands immediately went to her hair before she jumped up to look in the mirror.

He had left half of her hair down in a style similar to what she used to wear, but had curled it, leaving it to flow down her back in loose waves. The rest was piled on top of the back of her head in loose curls. Ringlets framed her face while her bangs swept across her forehead. Cancer had done her makeup first, and while it was subtle — her lips shone a soft pink and her eyes were lined and covered with a delicate layer of color, drawing attention to their wide and innocent depths.

Her cheeks, which easily flushed sometimes, were lightly dusted with blush. A few hours later, Natsu opened Lucy's bedroom window to come inside like he normally did, curious to find the window closed until he realized she wasn't home. It was relatively early on a Friday night, so he supposed she could just still be out, but she hadn't said anything to him, so he had assumed she'd be home. Then he caught a whiff of something different in the air and took several deep breaths to let the scent fill his lungs.

Happy also sniffed, although Natsu had a much better nose than he did. Natsu turned away from the Exceed, stepping further into Lucy's apartment as he searched for the source of the smell. Happy was right, it did smell good, but he wasn't going to admit that.


It was something of Lucy's, he could tell — so he couldn't admit that it smelled good. As his eyes raked across her belongings, he could tell she had been busy before she left. 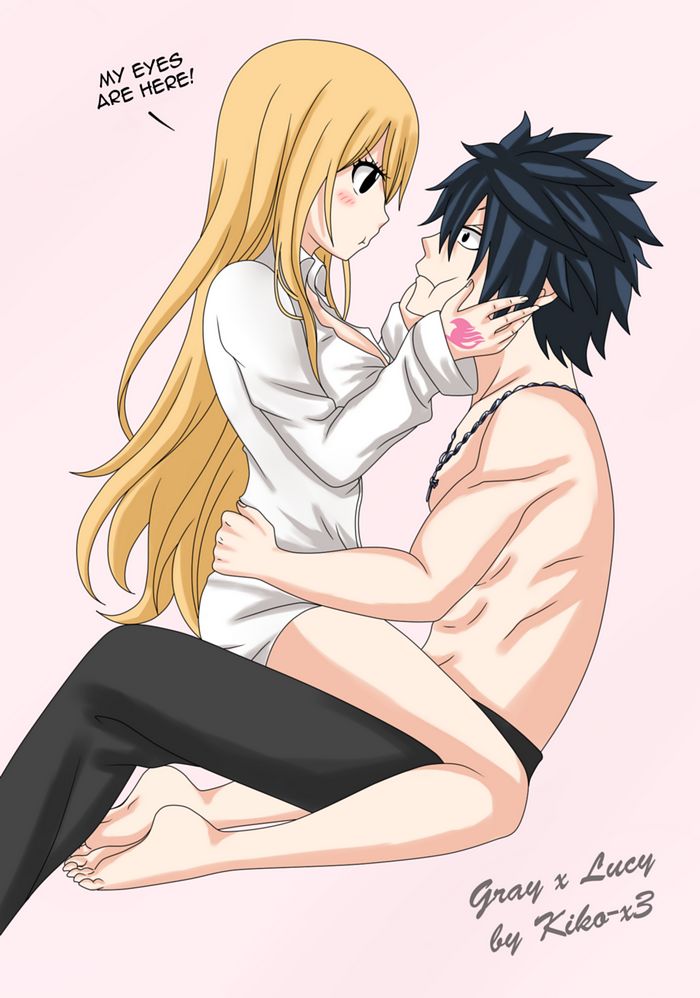 Clothes were scattered across her bed, but not just any clothes, nice clothes. Makeup and some perfume was also scattered across her dresser but by the smell she had decided not to use any. Thank Mavis , he thought to himself. Perfume overpowered his sensitive nose and often tickled him and made him sneeze. A chair sat peculiarly in the middle of the room, similar to how it would when Cancer cut his hair or worked on Lucy's hair.

His memory was notoriously bad. Now things really didn't feel right and Natsu had to fight to keep the hair on the back of his neck from rising. It suddenly felt wrong that he was there without her, that her things were so half-hazardly left about without thought — something so unusual for her since she was always so neat.

She had been stressed or anxious or excited, he couldn't quite tell which. The only thing that kept him from bolting from the apartment and tearing the city apart in search of her was the distinct lack of the scent of fear or tears.

So whatever had been going through her head had had her nervous, but not scared which meant she was more than likely all right. Regardless, he was suddenly filled with the overwhelming need to see her and make sure she was okay. Moving back to the window he simply called, "Come on, Happy! They would go to the guild. If she wasn't there, someone there had to know something.

When Natsu burst through the doors of the guild, Levy cringed but kept herself from looking over her shoulder. She could tell it was him by the way the doors flew open, crashing into the walls so hard the building seemed to shake. Does he know already?! She panicked internally, but Mira simply winked at her from behind the bar, settling her nerves.

Erza, who sat between Levy and Gray, calmly took a sip of her drink, trying to enjoy the last few moments of peace and quiet while they lasted. Her eyes closed as though closing them could keep out what was about to come.

Levy flinched and downed her drink in an attempt to hide it. Thankfully, Natsu wasn't paying attention to her. I haven't seen her all day. Erza sighed, putting her drink down with a heavy hand before she turned around.


It had long ago been decided that she would be the one to break the news to him. Not only would he take it better coming from her, but she was also better suited to handle his reaction, should there be one and everyone other than Lucy was expecting one. Levy turned to the side so she could see the fire dragon slayer's expression, but didn't want to risk fully facing him and drawing attention to herself.

Natsu's mouth fell open and he gaped, blinking at Erza several times before he shook himself back to the present, his face breaking into a smile as he scratched the back of his neck. I was worried there for a second! You mean he seriously doesn't get it? Levy asked herself, her own mouth falling open in disbelief. It's exactly what it sounds like. Levy was grateful for that. Sometimes the band-aid just needed to be ripped off.

Regardless, Erza was keeping a wary eye on the fire dragon slayer. The air around them grew warmer, but the only one to comment on it was Mira, who uttered a soft, "Oh! The added heat in the air wasn't helping matters any. Gray "Tsk'd" and raised his eyebrow. Jealousy flooded through his veins like fire although he didn't understand that that's what he was feeling.

The air around him rippled from the growing heat. Levy cried inwardly and tried not to smile as Natsu's eyes quickly scanned the guild for any missing members. She was still sitting on the barstool, her elbows braced on the bar behind her, one leg crossed over the other. She looked incredibly relaxed given the volatile wizard she was addressing. Levy felt ready to spring away at a moment's notice.

Gray, who also appeared completely calm, leaning back on one elbow with his legs spread, still looked more prepared for a physical altercation than Erza did, but Levy knew appearances could be deceiving. Levy suddenly found herself dragged into the conversation when Natsu's fierce green eyes suddenly bore into hers. It was as though his physical heat came through in that gaze and she found herself blushing.

We want her to be happy, Moron! Gray's words struck Natsu like a physical blow and he actually took a step back, one arm coming up as though to ward off an attack as he looked at the Ice Make Mage in surprise. Gray looked up at him with narrowed eyes — eyes that spoke of some hidden challenge Natsu was unaware of.

What the hell is going on?! His shock short-lived, Natsu quickly channeled it into anger and ground his teeth together. When the guild was stunned into silence around them, all eyes suddenly on their small ensemble near the bar, he glared at them, unable to comprehend how they could possibly be so calm. Lucy is on a date!