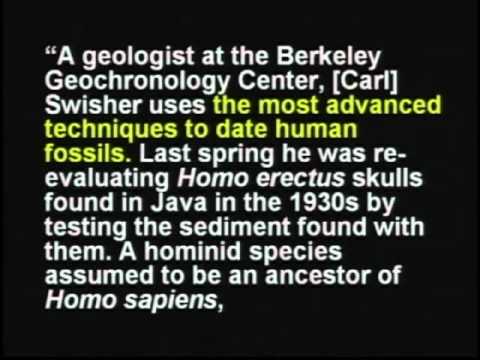 One question - the plots he shows for the observed temperature change look completely different to most which I assume is down to the datasets he chooses to average but can you give some more details? His Lordship's delicate adjustments of the period being examined are purely so he can get a big fat zero in trend. Your primary finding and your accusation of cherry-picking his time-intervals as presented in your blog post is thus no great revelation.

That surely means the 'pause' if we were to call it that has at the least 'paused'.


I hope this is a good thread for this. If not, feel free to delete this comment, I know that is a dumb thing to say, because moderators always have that freedom! I looked at the graphs from wattsupwiththat, and I realized, in order to keep the "pause" going, denialists have to keep changing the starting date of the faux pause.

In March of , they said global warming stopped in Augist of By April of , they said global warming stopped in December of They had to change the start date, because even in the cherry-picked dataset they use RSS , the Earth keeps warming. I wrote a blog post about what I saw. If someone with better math skills than I have would falsify it, that would be useful. The blog post is here. The loudest deniers, I am speculating, are doing it, even though they don't believe it, because inwardly they have been convinced that we don't need to do much, if anything.

However, as political animals, they know that selling the public that is a weak flawed message. FUD works better to achieve their ends. I don't think it strains credulity to suggest that Inhofe, Morano, Monckton inter alia understand perfectly well that the costs of AGW will be paid by someone, sometime, but they just don't care. They'll say whatever they think will maximize the profits of their patrons in the short term.

Knowingly making counter-factual assertions for personal aggrandizement is the second-oldest profession, after all. I have long suspected that the most voluble deniers, such as Morano, Inhofe, Monckton etc continue to use arguments that they surely know have been debunked for one reason. That is that those sound bite factoids and arguments work very well to sway the minds of the general public, in op-eds, lectures, articles or debates.

Why wouild they want to do that? I think that behind all the out and out antiscience they spout, these people have been secretly convinced by the lukewarmers, such as Lindzen and Spencer, that the ultimate results of us continuing to use fossil fuels won't be very much at all - benefits may balance harm and we'll have enough time to adapt to any harm. I think most ordinary people are sensible enough to judge what to do. They look both ways when crossing the road, they don't buy outdated food.

They wouldn't risk their climate on a minority scientific view. I have come round to the belief that the danger of trusting in the lukewarmer position is the greatest problem we have. I think science and science communicators need to get that message out far bettre than has been the case previously.

Thus, Monckton I think it is shows clearly that "global warming" increased just 16 years ago. Not only that but the fun part now: Surely not, it might cost him his title. Ryland, I'm surprised that you start your post describing accurately some newspapers' attitudes then ends by chiding scientists for not including the margin of error. Seems you're the one being naive. The only thing doing damage to climate scientists is to be targeted by despicable people who will back at nothing to undermine the public's understanding of science.

The silly talk about margin of error is laughable coming from the clowns who keep saying that it hasn't warmed since or that there is a pause. Let's start there for statistical accuracy why don't we? But the media never calls this kind of BS a "scandal" do they? The real problem of climate scientists comes from the stooges willing to organise harassment campaigns, steal e-mails to twist their meaning, threaten them with physical violence, use every dirty trick in the book with no regard whatsoever for any kind of intellectual honesty or scientific accuracy.

The real problem comes from media outlets that are used to foster the ideological agenda of their owner and manipulate peope's minds without any scruples or regard for such details as physical reality. The real problem is that scientific illiteracy is so deep and prevalent that a buffoon like Monckton can manage to attract attention with his delirious ramblings and gather more credibility than those who know what they're talking about.

That's the real problem. There is no other. Regardless what they do, climate scientists are damned. There is no debate with people like that. It's like being on trial with Staline as the judge. They're only out to silence you and they'll stop at nothing so long as they are reasonably sure they'll get away with it.

Give me a break. That has been Monckton's line for at least five years now.

Indeed, if anything it represents a toning down of the rhetoric. In his blurb for Ian Wishart's propaganda piece, Air Con very well self named , he wrote:. Ian Wishart's book demonstrates that there is not the slightest scientific reason for the new, quasi-religious belief that The Planet needs Saving.

The new religion is merely an excuse for world government. World government will not, repeat not, be democratic government. It is the aim of the growing world-government faction amont the international classe politique to take away our hard-won freedom and democracy forever. I commend [Wishart's] book Those who read it will will help to forestall the new Fascists and so to keep us free.

So whereas Monckton formerly described all of us as both and simultaneiously communists and fascists, he he toned down to calling us communists and totalitarians.


I'm sure he would have a fainting fit to think that such abusive language would be used in the climate debate. He also would be forced by his logic to concede that AGW is both real and dangerous. I will note as an aside that the way in which large numbers of quite influential members of the anti-climate science brigade take a known conspiracy theorist, and demagogue like Monckton seriously damns their cause far beyond anything I could manage.

If they cannot determine that Monckton's thinking is, quite frankly, nuts; and act accordingly, but rather provide a ready conduit for any rubbish he puts out, they have shown themselves completely incapable of critical thinking on the topic. The least effective is Ethos, the most effective is Pathos.

However, it is a bit short-term. We can be swayed by a powerful, plausible sales pitch e. So Logos, which science uses, is the most effective in the long term for those willing to engage with it. Since Logos is demanding and tiring, it is difficult. But for an "elevator pitch", Logos is pretty much long, slow thinking, so for a quick impression, go for Pathos every time. It tells me that NewsMax which I had never heard of before is an unabashed propoganda site.

Quoting Monckton, and using his propaganda terms "the great pause" as though they were a common term among scientists as opposed to never having been used by scientists, SFAIK makes that clear. It also manages to suggest that a measurement of the average across the lower tropopheric temperatures sort of refutes the results of surface measurements - as though humans actually live floating two or three kilometers in the air rather than with their feet firmly on the ground. Roy Spencer's blog post is better, both because it avoids the propaganda excesses of the NewsMax piece, and because it is clear that they are talking about the Satellite record only although they do not bother to clariffy what that means.

It remains disappointing, however, for it fails to mention the ovious fact that lower tropospheric temperatures are far more strongly influenced by ENSO than are surface temperatures. Therefore it is not surprising that while the ENSO neutral topped the El Nino influenced and in the surface record, it did not do so in the sattelite record. Disappointingly it trys to suggest an El Nino influence on the temperatures due to ENSO features durring December, entirely failing to mention the 6 month lag between ENSO events and their peak temperature influence.

Finally, Christy and Spencer make a big point about the close values of with 4th warmest and 5th warmest. The clearly mention that there is only a 0. The odd thing is that on their own figures, the later is actually a 0.

Worse, the actual annual mean for using their monthly figures is 0. The actual differences, rounded to three significant figures are 0. Via a non-standard rounding and a simple reporting error, they have virtually halved the reported difference between and I suspect that as a result, is statistically warmer than Unfortunately I do not know their stated measurement error.

The fun bit is that those skeptics who claim that they are part of the consensus because they accept that adding CO2 to the atmosphere does not cool it also claim that Scaffeta's paper was incorrectly rated - which is an inconsistent position.