It's sad that the conspiracy theories have gotten so loud and unavoidable that they had to be addressed like this, with an answer that isn't surprising in the least. Nonetheless, thanks for the info. This situation happened to me several times, I know is pointless without proof but I dedicate whole day as a casual player to get the legend rank and I get always stuck playing with unfavorable mathcups. Now maybe is wild and number of players is reduced so this happens. My concern is that they should focus and review badly the ranking system and do something that would help players rather than be frustred by rng, worst matchups and other stuff.

Lol I like it when people act superior in Hearthstone because of legend. So what if you are legend? I have never climbed to legend once since beta and I'm better player than most. Remember, MMR sucks if you are swapping to inferior decks along the way. If I play pirate warrior and I am in casual and then switch to my Menagerie Goon deck, then I will be mismatched because new deck is far worse than the skill level I'm playing at. Easy way to confirm casual uses MMR.

Win a lot in the beginning and see how quickly "casual" turns into an andless sea of meta decks. Way to miss the point moron.


I'm saying MMR can't be a factor is a legend player is queuing consistently into people rank 15 or lower They just haven't taken the time to grind the ranked ladder to legend like you have. Nah it will take too much time lets pirates have it I will have fun. This is a bit off topic but I agree with the part about legend not necessarily meaning you are good. So why is MMR kept hidden? In other games, most notable the king of games, Chess, player rating is clearly displayed and the formula for changes completely transparent.

If there is no rigging then there is no reason for keeping it hidden. What would you gain from seeing your MMR? The only benefit I can see is in casual, but casual is not suppose to be competitive anyway. I, personally, prefer a game where when I lose, I think to myself "yeah, I lost because I did this. This game is well made, it's good. Millions of people like it. I really, really want to understand it! Why the hell would you play a game you're not enjoying with the only argument being that you feel like you should, because 'it's popular'?

Sorry to be kind of a dick about it, but I really don't get this. You're basically talking about all multiplayer games though. There are very few big multiplayer games where luck doesn't factor in in some meaningful way. Sure, it's probably more of a factor in Hearthstone than many other games, but if you can't accept it then you probably just have a problem with multiplayer games in general.

The thing to focus on is if you enjoy the gameplay beyond that. That's what makes people enjoy the game. I don't mind it because given two equally skilled opponents with identical decks, each person has the same chance statistically to get the "best" draw. Sometimes you get lucky, sometimes your opponent gets lucky.

Why Hearthstone SUCKS for Returning Players!!

If you don't like the idea of this, I think it is just going to be an exercise in frustration trying to convince yourself you like it, or trying to get other people to convince you you're wrong for disliking it. Just stop playing it if you're completely opposed to the idea of RNG playing a role in whether you win or lose. There's not a whole to explain really It's like if someone didn't like Destiny and asked me why I like it because they want to understand, I'm not sure I will be able to make them understand why I like it. Some of it may just be the collectible aspect of it and some like the challenge.

It's an inherent part of these types of games that you can't get around. However, there are ways to minimize the risk and luck factor. The Gathering for instance henceforth known as MTG. That game is similar in many ways but also different in that you don't automatically get mana every turn, you have mana cards in your deck that you must draw and play only one per turn as well and you have to weigh the risk of putting more mana in your deck, leaving you more opportunities to draw mana and not be mana-starved but leaving less room in your deck for more useful cards like spells and monsters, or less mana which will have the opposite effect of the above.

There can be a lot of nuance to games like this and it can be very satisfying when your deck works EXACTLY as you intended and you beat the other guy down, but there's no getting away from the luck aspect of it. In the end, it definitely has its draws and I hope I was able to articulate my points well enough to give you some small idea of why some people may enjoy these types of games, even though it might not be your cup of tea. You should start watching hearthstone streams to get better at the game. There is luck involved in hearthstone but still you see the same players getting to the legend rank every season while some might be stuck in rank 15 even when they own every legendary card.

Once you get better at the game you understand that there are matches you can't win because you drew the wrong cards, but most of the time you win because you know how your opponent is going to play, what cards they might have and you counter every play they make with the right cards. Most of the time you lose because your opponent played better than you and changed their play style depending on the situation and cards.

My advice for getting rid of that "everything is based on luck" feeling is to play handlock deck.

Warlock draws more cards with their heropower and sometimes have almost 10 cards in their hand. Counter Strike, a luck shot can happen occasionally. I love multiplayer games, and have never had a problem with them "in general.


That's not so with Hearthstone I never feel like it's more than just chance It's interesting you bring up DOTA 2, because that's as far away from "luck" as you can get. DOTA is barely luck I get that I lose because I suck at the execution. The part where you click the mouse and keyboard. Not so with Hearthstone, I lose because of pure LUCK , not because anyone is better than me at decision making, or mouse and keyboard It's as opposite of something like DOTA as you can get. 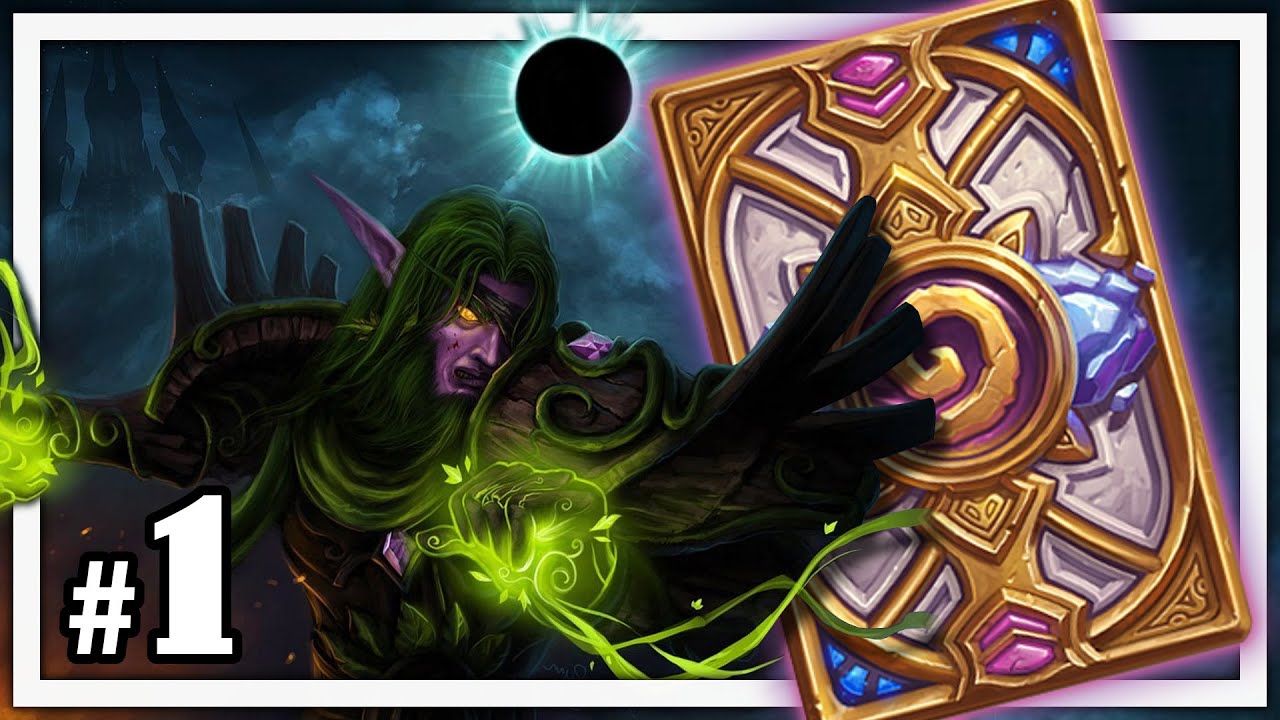 If Hearthstone was mostly luck, it wouldn't be the same people over and over winning the big tournaments. There is a luck element to it, but it is far from being mostly luck. Yes, super competitive games like Counterstrike or Starcraft doesn't have much of a luck factor, which is why they are that competitive. Hearthstone however is more of a casual, "fun" game. It's sorta like Mario Party, just that the gameplay is much much better.

Extreme Ironing or what the hell ever has "experts.

Anybody can turn anything into a sport, and there will be "experts" at it. In the end, for the average person playing Hearthstone, it's still mostly about luck, nothing more, nothing less. I agree that wchigo: But it is what I already acknowledged. Poker requires some thought, and keeping track of things, but it's still about luck. In the end, luck. For the average player, it's luck. Even the best player in the world isn't going to win every year.

And it's because of luck. Same thing happens in poker. The same person in poker doesn't win every year, year after year. People might increase there odds, and win more often than not, but in the end, it's luck This might be the most hauntingly accurate thing ever. I wasn't sure what I was looking for when I started this thread, but this might have nailed it.

It's not skilled or competitive It is what it is. Completely random, like Mario Party If there was no random or luck element the game would be incredibly boring. A card game like Heartstone isn't a contest of strength or speed. It needs the random element to it to ensure things happen in the game without it being boring. Imagine if you could load your deck in Heartstone and order the cards and when you'd draw them. People would just figure out the optimal order in which to put their cards to increase their chance of winning. If everyone could just pick the cards they wanted, everyone would just load their hand with a royal flush.

Seems obvious the game isn't for you.

Why is the MMR so fake? Matchmaking is rigged!

Saying there's no skill or competition is just wrong though. There's skill in making a deck, in choosing when to play your cards, in reacting to your opponent. There's competition purely because people have made contest of it and someone has to win. The hearthstone competitive scene begs to differ.

There is a lot of strategy involving plays and deck construction but it doesn't have as high of a skill ceiling as other games, so it might not take as much skill to be 'good' at it. Mostly because of RNG. Saying that RNG means that skill doesn't matter is saying there is no skill in anything with dice rolls.

Players prove time and time again that you can overcome a bad hand with smart plays and a constantly evolving meta. Hell, Magic the Gathering is a much older game that has a much higher skill ceiling but still with that 'luck' you hate so much and I very much doubt those players would agree with you either. RNG or 'luck' just describes thing that are not in your control, versus what you can control.